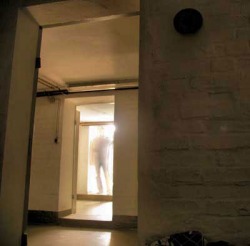 Have a story to share?  A paranormal experience?  Are you a researcher that would like to share techniques and other helpful information?  Feel free to share it here!  Just fill out the form below.

WARNING - I WILL NOT BE EDITING ANY SUBMISSIONS!

They will appear as they are sent to me.  Also, no profanity, defamatory or anti-semetic  remarks will be tolerated and removed IMMEDIATELY.

I was part of a team of investigators that was helping a local business. The owner of the business I'll call Jess. She has a small privately owned Indian Heritage Museum.  She loves the Native American culture though she is not one herself.  She has many friends and is an honorary member of a few tribes.  She was sure her museum was haunted and some of her customers refused to enter telling her she had too many spirits.  They would purchase items at the door.  I asked her why she needed us if she knew it was haunted, since that's all we do we do not remove.  If she wanted them removed we could refer her.  She said she liked them they were friendly to her but the people in the small town were making fun of her and saying she was just a crazy old lady.  So we did investigate.  I love EVP and tend to focus on that more than other types but there are enough in the team to specialize.  When my Tri-field said I might have company I just told them that Jess was being made fun o!
f by those who think she's crazy and if they could just speak up she would really appreciate it.  I had 16 solid EVP's from that night. She recognized some of the voices of friends who have passed.  There was one that was a voice that had cadence but I could not make out what was being said.  Normally I would have thrown that out but it really bugged me.  It was so clear but still so garbled.  When I was showing her what I had for no reason I played her the "bad" one.  I told her it was not good because I could not tell what was being said.  As I played it for her and her friend ( a native American) they both gasp and their eyes teared up.  They said it was speaking in a native tongue and was asking where Jess was by her Native name.  I was SO glad I had not thrown that one out.  Our group preaches when in doubt throw it out... but maybe not Always.
Jillian

Submit your story or other material here...

Thank you, your message has been sent